Human Rights and the US Drug War 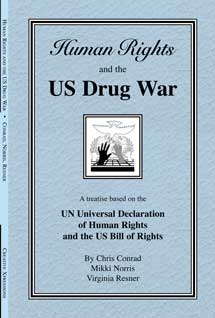 At the 50th anniversary of the founding of the United Nations celebration in San Francisco, Chris and co-authors Mikki Norris and Virginia Resner set up an exhibit exposing the hypocrisy of the commemoration held at the height of the US drug war, which for four decades had pervasively ravaged human dignity at home and abroad in flagrant violation of United Nations declarations of universal human rights.

The trio has since collected their documentation of systematic violations into Human Rights and the US Drug War, a damning record of abuses which matches the United Nations Declaration of Human Rights point for point. This simmering polemic meticulously lays out the case that the US-led global drug war is the most insidious source of human rights violations worldwide.