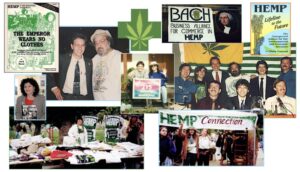 Chris Conrad was involved in a wide variety of political causes leading up to 1988, when he devised the Business Alliance for Commerce in Hemp strategy to restore industrial hemp, allow medical use of marijuana and legalize personal adult use, cultivation, sharing and commercial operations. He became the architect of the cannabis reform movement and was, with his wife Mikki Norris, nearly ubiquitous in the cannabis reform movement and present for most of the major steps forward in cannabis reform. By 2010, the movement had become too big for anyone to go to all the events. 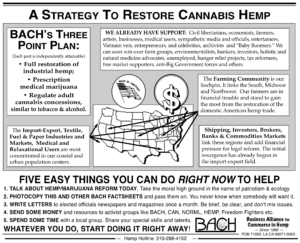 This list links to a few of the organizations and publications  that he has founded or worked with since that time.

Business Alliance for Commerce in Hemp