Business Alliance for Commerce in Hemp 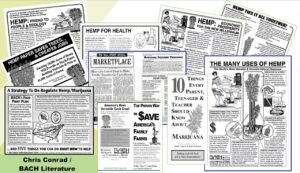 Dedicated to restoring all the many uses of Cannabis Hemp for personal and commercial purposes. BACH was founded in 1989 and assisted in the formation of the Hemp Industries Association and the National Cannabis Industry Association. It backed the Proposition 215, SB 420, Proposition 19 and Proposition 64 legalization efforts.

“The Earth’s Most Useful Restorative Resource”

The Goals of BACH

1) Restore global and domestic hemp agriculture, horticulture and all industrial uses of hemp

3) Allow personal adult cultivation and use 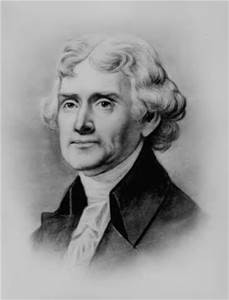 Thomas Jefferson: “Hemp is of first importance to commerce and the marine and therefore to the wealth and protection of the nation.” (1791)

US Presidents agree:
Hemp is a necessity for national security:

The Federal Emergency Management Agency (FEMA) is supposed to maintain a supply of domestic crops including hemp for use in a national crisis. The Agency has failed to meet that requirement,  putting all Americans at risk.

BACK / NEXT
BACH is a co-founder and proud member of the
Hemp Industries Association
Chris Conrad was elected the HIA’s first President in 1994
Conrad was an HIA boardmember when the organization successfully sued the DEA to stop its attempted ban on hempseed food products.
Conrad received the HIA President’s Award in 1998
Conrad received the HIA Lifetime Achievement Award in 2005
Chris Conrad’s groundbreaking books on hemp:

Hemp: Lifeline to the Future
Hemp for Health
Cannabis Yields and Dosage
The Newbie’s Guide to Cannabis and the Industry

BACH produced and Chris Conrad collaborated on, designed and edited the iconic version of Jack Herer’s book,
The Emperor Wears No Clothes

PART I – PURPOSE, POLICY, AND IMPLEMENTATION
Sec. 103. General Functions. Executive departments and agencies (agencies) responsible for plans and programs relating to national defense (as defined in section 801(j) of this order), or for resources and services needed to support such plans and programs, shall:

(a) identify requirements for the full spectrum of emergencies, including essential military and civilian demand;

(e) “Food resources” means all commodities and products, (simple, mixed, or compound), or complements to such commodities or products, that are capable of being ingested by either human beings or animals, irrespective of other uses to which such commodities or products may be put, at all stages of processing from the raw commodity to the products thereof in vendible form for human or animal consumption. “Food resources” also means potable water packaged in commercially marketable containers, all starches, sugars, vegetable and animal or marine fats and oils, seed, cotton, hemp, and flax fiber, but does not mean any such material after it loses its identity as an agricultural commodity or agricultural product.