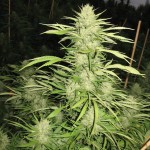 About the Report: This report was prepared by a panel of experts commissioned by State of California Attorney General John Van de Kamp. Upon receiving the panel’s recommendations, based on its 20-year study of the crisis in drug policy, AG Van de Kamp — by then a candidate for governor — suppressed the report and refused to publish it. The panel published its final report at their own expense.

Our “War on Drugs” for the past 50 years has been based on the principle of prohibition and has been manifestly unsuccessful in that we are now using more and a greater variety of drugs, legal and illegal. As with the noble experiment” of the 18th amendment, prohibition as opposed to regulation has not controlled drug use and a societal over-reaction has burdened us with ineffectual, inhumane and expensive treatment, education and enforcement efforts.

These efforts at reducing the social cost of drug use fail to distinguish between drug effects and associated criminal activity and fail to recognize that drugs pose different problems and that we do not have one massive drug problem.

The Research Advisory Panel suggests to the Legislature that whatever we have been doing in the area of drug abuse should be immediately modified. Legislation aiming at regulation and decriminalization should be formulated as novel efforts that could be quickly modified if unsuccessful.

The Panel suggests that this legislation be formulated following four principles. First, separately consider the different drugs involved and not consider that there is one massive drug problem; second, distinguish between the effects of drugs and the associated criminal activity; third, design the legislation being aware that these are initial efforts subject to change with experience; and fourth think of “drugs” as including alcohol and nicotine, not as being separate substances.

The first suggestions for demonstration legislation, rationalized and detailed herein are:

1) Permit the possession of syringes and needles.

2) Permit the cultivation of marijuana.

3) As a first step in projecting an attitude of disapproval by all citizens toward drug use, take a token action in forbidding sale or consumption of alcohol in state supported institutions devoted in part or whole to patient care and educational activity.

RECOMMENDATION: ALLOW CULTIVATION OF MARIJUANA FOR PERSONAL USE.

Insofar as damage to the individual and society is concerned, the quantitatively most important drugs are alcohol and nicotine, in the form of cigarettes. There remains, then, as the other quantitatively important drug, marijuana. For a large fraction of the population, it has become a social drug comparable in pattern and approaching that of alcohol in extent of usage.

Marijuana is a disinhibiting drug used socially to relieve anxiety and as such has many liabilities in common with alcohol. We acknowledge that marijuana is not without its effect on the individual user and would not suggest any change that carried a significant risk of increasing the use of marijuana. We resist the use of the word ‘legalization” in relation to any drug, including marijuana.

On the other hand, an objective consideration shows that it is responsible for less damage to the individual and to society than are alcohol and cigarettes. A further consideration informing a reaction to the wide use of marijuana is that it is a source of conflict between generations and of disrespect for the law. Equally important is the economic and, to some extent, criminal activity associated with the marketplace of marijuana. At the moment, we are adding millions to out trade deficit, off of the books to be sure, by our purchases of marijuana in Colombia, Mexico, Thailand, and elsewhere. Yet, thanks to a previous action of the California Legislature, the product of this illegal activity may be possessed and used by the citizen with the possibility of only minor sanctions.

Some years back, the Legislature made possession of a small amount (less than one ounce) an infraction rather than a crime, calling for a citation and a nominal fine upon the first violation. This change has not lead to any disastrous consequences. On the contrary, it has reduced tension between generations and decriminalized to some extent the general sanctioned use of cannabis by large numbers of people. This new situation, for which we applaud the Legislature, is however, not stable, in that the failure to act in relation to supply leaves unmet the question of the still illegal market, and the economic problem that that entails. If this disparity could be resolved, there would be economic gain and a great simplification of law enforcement which now devotes a considerable effort to seizing a small fraction of the illegal importations or cultivations.

The Panel therefore suggests that the law be changed to permit cultivation for personal use. Such cultivation would be permitted only on property serving as the residence for the individual. It would not authorize the cultivation of 50 plants on a National forest, and it would not permit the possession outside of the home of more than the present one ounce. Nor would it sanction the provision to others in or out of the residence, whether by sale or in the form of “parties.”

The change regulating the provision of this drug must be made in such a way that we do not see the development of another industry comparable to the alcohol or cigarette industry. This would require extensive revision of Health and Safety Code, Section 11358, which covers substances and matters other than the plant. There are people who will express concern about whether such a change, however warranted by social and economic gains, would not also result in increased use. These justifiable concerns must not be dismissed out of hand.

The Panel insists that no attitude of approval of marijuana, or alcohol, or tobacco be projected. In fact, as we have said above, we all remain prohibitionists to the extent that prohibition will work. To the extent that prohibition creates a marketplace or social conflict, we suggest more flexible, practical, and humane policies. It appears that the use of marijuana has reached a plateau at this time, and that usage over foreseeable circumstances will remain about at its present level, as is the case with alcohol. From the point of view of the younger members of the population, the problem becomes a matter of consistency which we should answer by saying marijuana is “just as bad as alcohol,” rather than as the defenders of marijuana would probably say, “it’s no worse than alcohol.”

The resulting conflict between the proposed change in California Law and existing Federal law is apparent, but the liberalization of State regulations would result in decreased enforcement activity we are presently discussing. The success of a trial of this sort would provide leadership to other states and nation ally. It would have no immediate effect on problems related to other more emotionally-laden drugs, except as it demonstrates the need to consider these problems separately and one-by-one with an awareness of risk/benefit ratios.

Excerpt presented by THE FAMILY COUNCIL ON DRUG AWARENESS