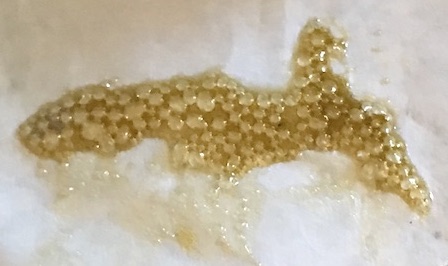 The California legislature has passed a bill that will regulate and restrict access to the highly purified butane supply that is used to make BHO, butane hash oil or butane honey oil.

I empathize with the author’s intent to address the tragic explosions that can occur at illegal butane hash-oil production sites.  Unfortunately, I believe this bill takes a very expansive approach that may not ultimately solve the problem.  The Department of Public Health is currently working on regulations that will be finalized at the end of this year that move this type of production out of the shadows and into a safe and regulated environment.  I believe any additional legislation aimed at curbing illegal butane use should be more narrowly tailored, and not place a uniform limit on an industry that has many other legitimate uses.

This is good news for butane manufacturers, wholesalers, resellers and retailers, who will not be forced to acquire customer information, maintain substantial records or coordinate with the Department of Justice.

Assembly Bill AB 1120 would have allowed those with commercial extraction licenses to get butane for closed loop extraction and allow people to refuel their lighters and dab-torches. The text of the bill follows:

Health and Safety Code 11107.2. (a) It is unlawful for a manufacturer, wholesaler, reseller, retailer, or other person or entity to sell to any one customer more than 600 milliliters of nonodorized butane in any 30-day period. …
(d) The limitations in subdivisions (a) and (b) shall not apply to any of the following transactions:
(1) Butane sold to manufacturers, wholesalers, resellers, or retailers solely for the purpose of resale.
(2) Butane sold to a person for use in a lawful commercial enterprise, including, but not limited to, a volatile solvent extraction activity licensed under Division 10 (commencing with Section 26000) of the Business and Professions Code or a medical cannabis collective or cooperative described in subdivision (b) of Section 11362.775 of this code, operating in compliance with all applicable state licensing requirements and local regulations governing that type of business.
(3) The sale of lighters, torch lighters or other appliances, or lighter refill canisters that contain or use nonodorized butane and contain less than 150 milliliters of nonodorized butane.

The registry was intended to prevent large scale sales of butane to the public and appears to be an effort to block home “BHO blasting,”  to make resin extract, which has a legacy of exploding garages and homes while driving consumption of the solvent-extracts.

California’s solvent extract ban, HSC 11369, was originally written to prevent methamphetamine production. However, the broad language of the law has plagued people who try to use safe extraction methods like closed loop solvent extraction, CO2 and even alcohol-evaporative concentrates. This is due to the definition in the law.

The legislature has recently improved this definition, fortunately, in Senate Bill 94.

11362.3. (b) For purposes of this section, the following definitions apply:
(3) “Volatile solvent” means a solvent that is or produces a flammable gas or vapor that, when present in the air in sufficient quantities, will create explosive or ignitable mixtures.

We expect that home extraction labs will fade away as commercial production and access become more available, but there will always be a few people who can’t learn from others’ mistakes. Be on the watch for more efforts to go after butane supplies.