A wake-up call to every American. 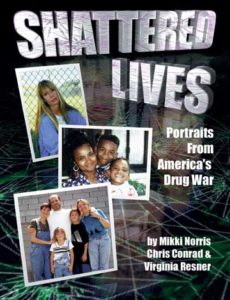 By Mikki Norris, Virginia Resner and Chris Conrad, creators of Human Rights and the Drug War and the HRDW exhibition project

A groundbreaking expose on the U.S. Drug War’s human cost. Mentioned in Newsweek, Playboy, Penthouse, C-Span Journal, and in many other prominent news media.

Rated among the top 3 new books in its class at the 1999 Firecracker Alternative Book Awards (FAB) !!! (The Fabby is awarded in conjunction with Book Expo America)

“The most compelling book to date on the effect the drug war has had on families.” — Michael Simmons, “Reefer Mindless: It’s time to end the vicious, stupid, losing war on pot.” Penthouse, August 2000.

In the name of the Drug War, families are being torn apart, children orphaned, and homes and property seized as first-time, non-violent drug offenders are thrown into U.S. prisons, serving harsh sentences of 10, 20 years and longer.

Learn how we got here, the costs and the statistics, and what can still be done to bring a just end to what has become America’s longest war. While the book is nearly 20 years old, precious few of the policies discussed have been changed by Congress, and it was not until President Barack Obama entered his second term that his administration began reforming these Draconian policies, with a series of policy changes that could revert back with the next administration.

With over 150 photos, you will see the faces and read the compelling true stories of America’s new POWs … Your image of the Drug War may never be the same…

“The federal agents promised that if I refused to help them gain the information against my husband, they would destroy my life. This they did.” — federal inmate Amy Pofahl, at age 37 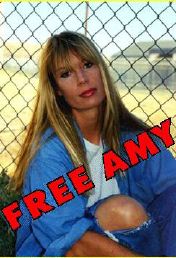 Meet Amy Ralston [Pofahl] Povah, a victim of overzealous law enforcement. They took her home, her business, her bank savings – even her wedding ring. Now they have her life. When this book was published, Amy was seven years into a 24-year sentence for a crime she did not commit – her estranged husband’s conspiracy to import and manufacture MDMA (ecstasy). She eventually got released by then-President Bill Clinton, formed the CAN-DO Clemency Project, and has worked tirelessly for the release of other Drug War prisoners. She received an early release four years after the HRDW project began and two years after Shattered Lives was released.

“Shattered Lives might well be the heartbreaking stories of citizens imprisoned by a totalitarian government. Unfortunately, it is instead a vivid description of how the United States destroyed the lives of ordinary people in its ill chosen criminal justice war on drugs.” — Joseph D. McNamara, police chief of San Jose (Ret.), research fellow the Hoover Institution, Stanford University 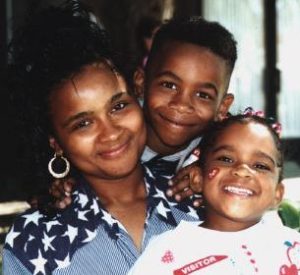 Meet Danielle Metz, sentenced to multiple life sentences for the offenses of her boyfriend, Metz spent 21 years in prison before getting a clemency and release from President Barack Obama in August 2016. “Ms. Metz has now spent almost half her life in prison and we do not believe that she merits spending the rest of her life in prison,” wrote US Attorney, Kenneth Polite, Jr. in his letter supporting her commutation. “Nor do we believe that she poses any meaningful threat to public safety.  Accordingly, my office supports President Obama granting Ms. Metz’s application for a commutation of sentence.” 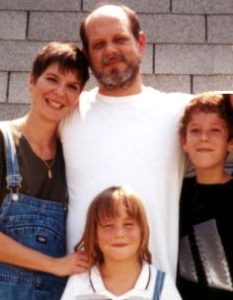 Meet Will Foster, sentenced to 93 years in Oklahoma prison for 66 cannabis plants he was growing at his home for his personal medical use. Medical marijuana was already legal in California at the time, and Foster would have potentially walked free had he resided in that state. Ultimately his supporters were able to get his sentence commuted more than five years after the book was published.

Many people credit this book and its sponsoring organization, along with Families Against Mandatory Minimums and the Family Council on Drug Awareness, with beginning the effort to show the human costs of the Drug War and advocate for changes that have been slow in coming. Very few changes have occurred, however, President Barack Obama modified a number of federal policies, including the filing of charges that trigger mandatory minimums, and issued a record number of clemencies for offenders, particularly non-violent drug offenders. The only substantive change to federal Drug War penalties has been a modest change in the crack vs. powder cocaine sentencing disparity and minor changes to the property forfeiture laws that allow government agents to take people’s property without due process.

It could happen to you and your loved ones, too.

Meet more than 100 other Drug War POWs and learn their stories to see how the Drug War can claim anyone as a victim — even people who had no idea what was going on around them and who never intended to break any laws. You could be next, and what you don’t know can hurt. You.

Time to face reality. Read this powerful expose on how far from “liberty and justice for all” the government has taken us down the dark road of prohibition.